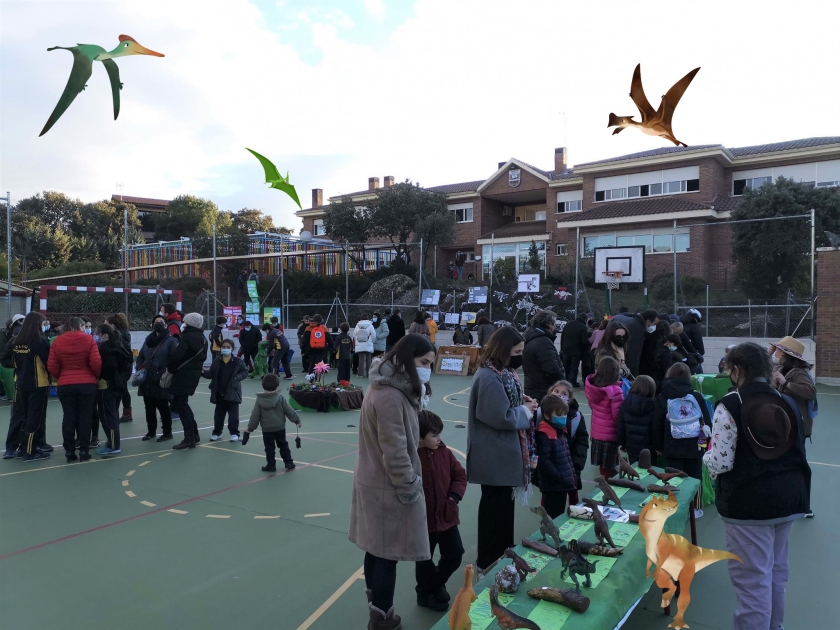 On Friday 21st January the primary playground was transformed into an exciting Dinosaur Museum! Welcomed by paleontologists - and even a life-size dinosaur - pupil, parents, teachers and students from Gondomar school flocked to visit the once-in-a-lifetime museum. 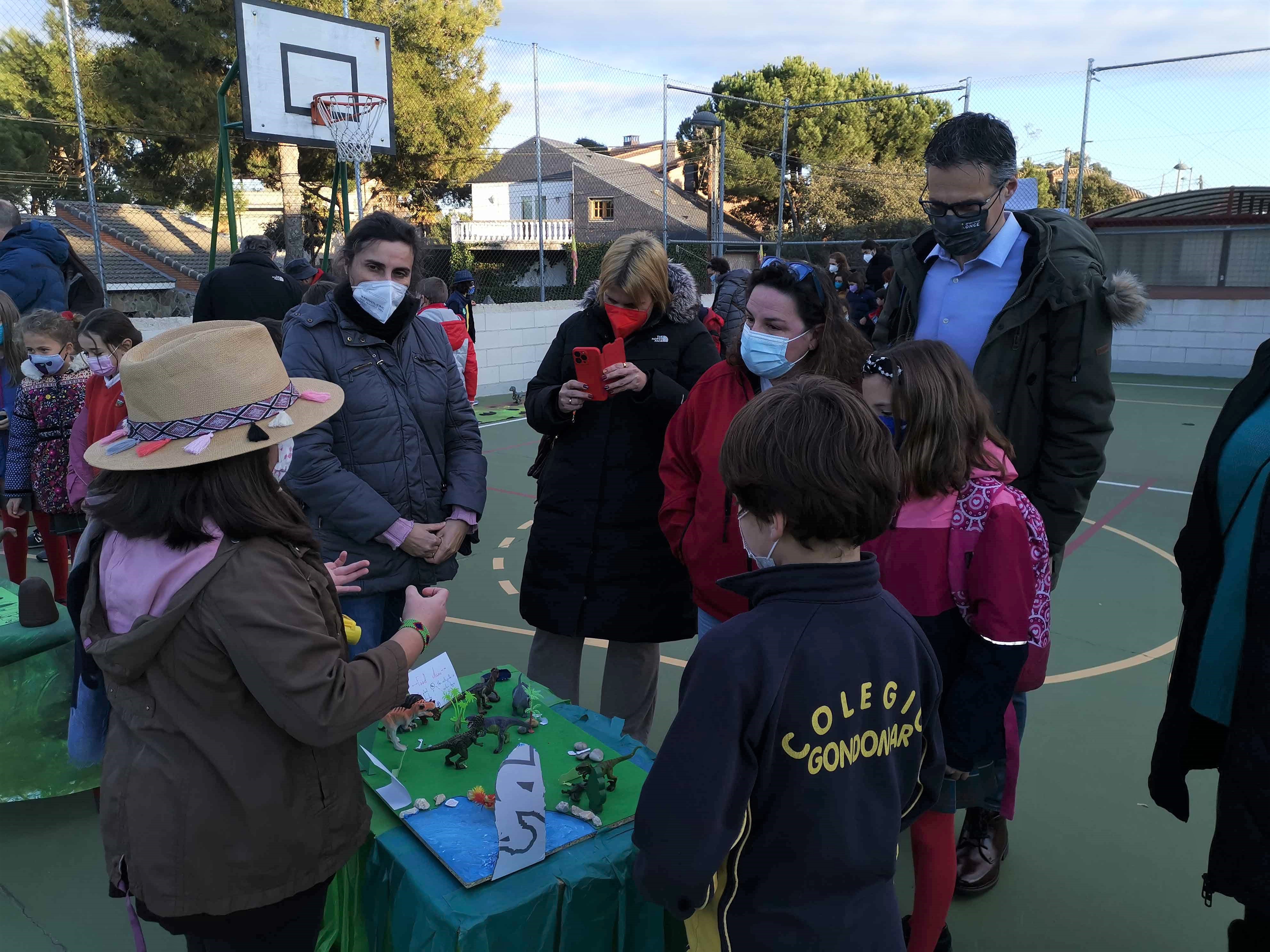 With radio controlled dinosaurs roaming the area to the sounds of wild jungle noises and roaring dinosaurs, the playground became an exciting Jurassic world. 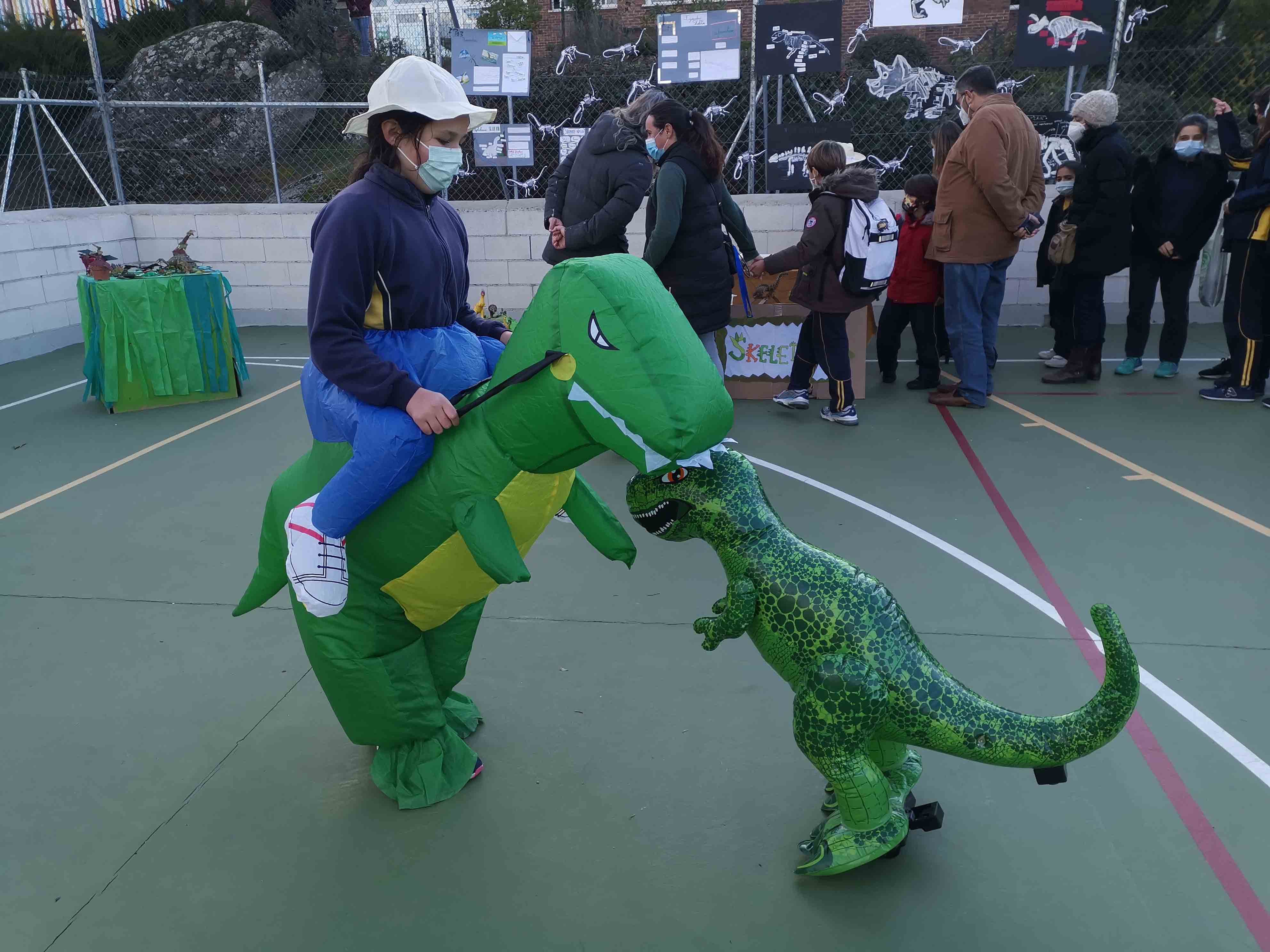 Visitors followed  fossilized dino footprints on a facinating tour. The adventure started with the essential tools paleontologists need for digging and discovering dinosaur fossils and remains. Next they saw an excavation site where dinosaur eggs had been uncovered and cleaned by our mini paleontologists. They learned from models of life-size dinosaur teeth and found out more about herbivores and carnivores based on the shape of their teeth. 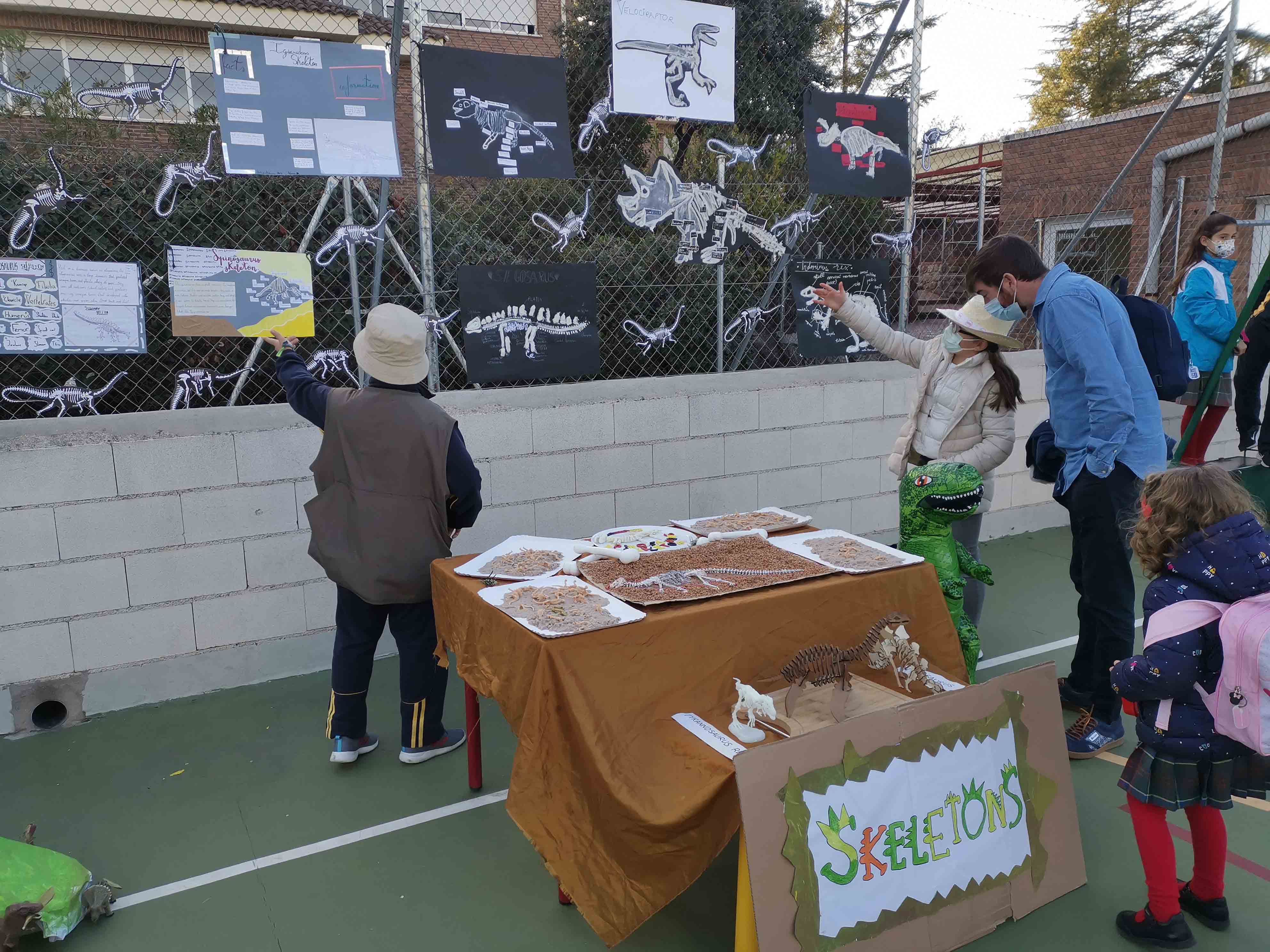 Visitors could then see detailed, incredible models explaining the complex food chains of which dinosaurs were an essential part. Further along students performed an entertaining live puppet show to demonstrate the intricate Jurassic ecosystems. That was followed by an in depth explanation of dinosaur skeletons with huge posters detailing their anatomy. The tour ended with carefully researched fact-files for various species of dinosaur and an archive section containing a collection of fun and fascinating books from all our students. 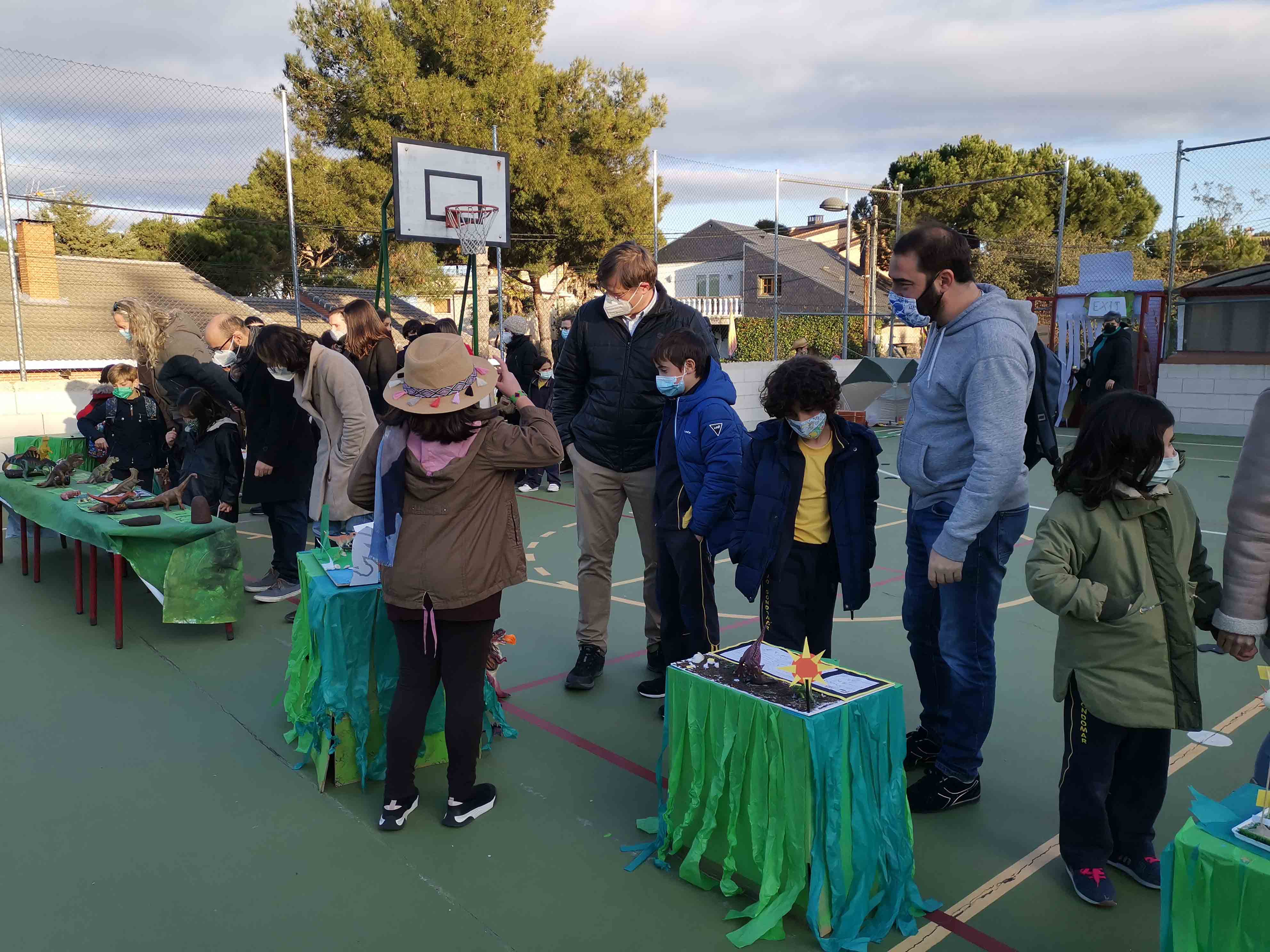 It really was a great afternoon. The Gondomar primary students were especially proud to show their families all they had learned and discovered since September. 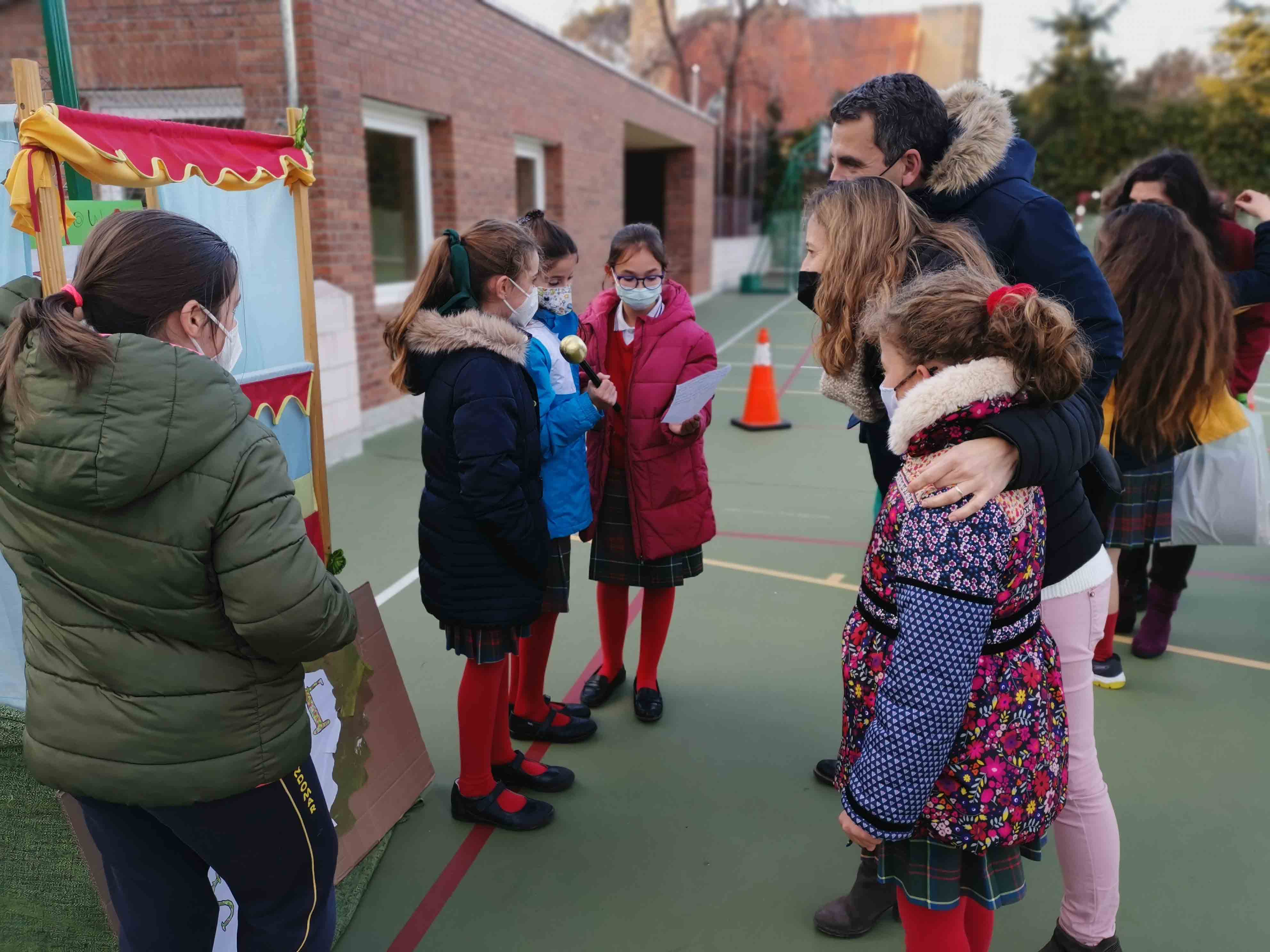 Well done EVERYONE!! And thank you so much for coming! 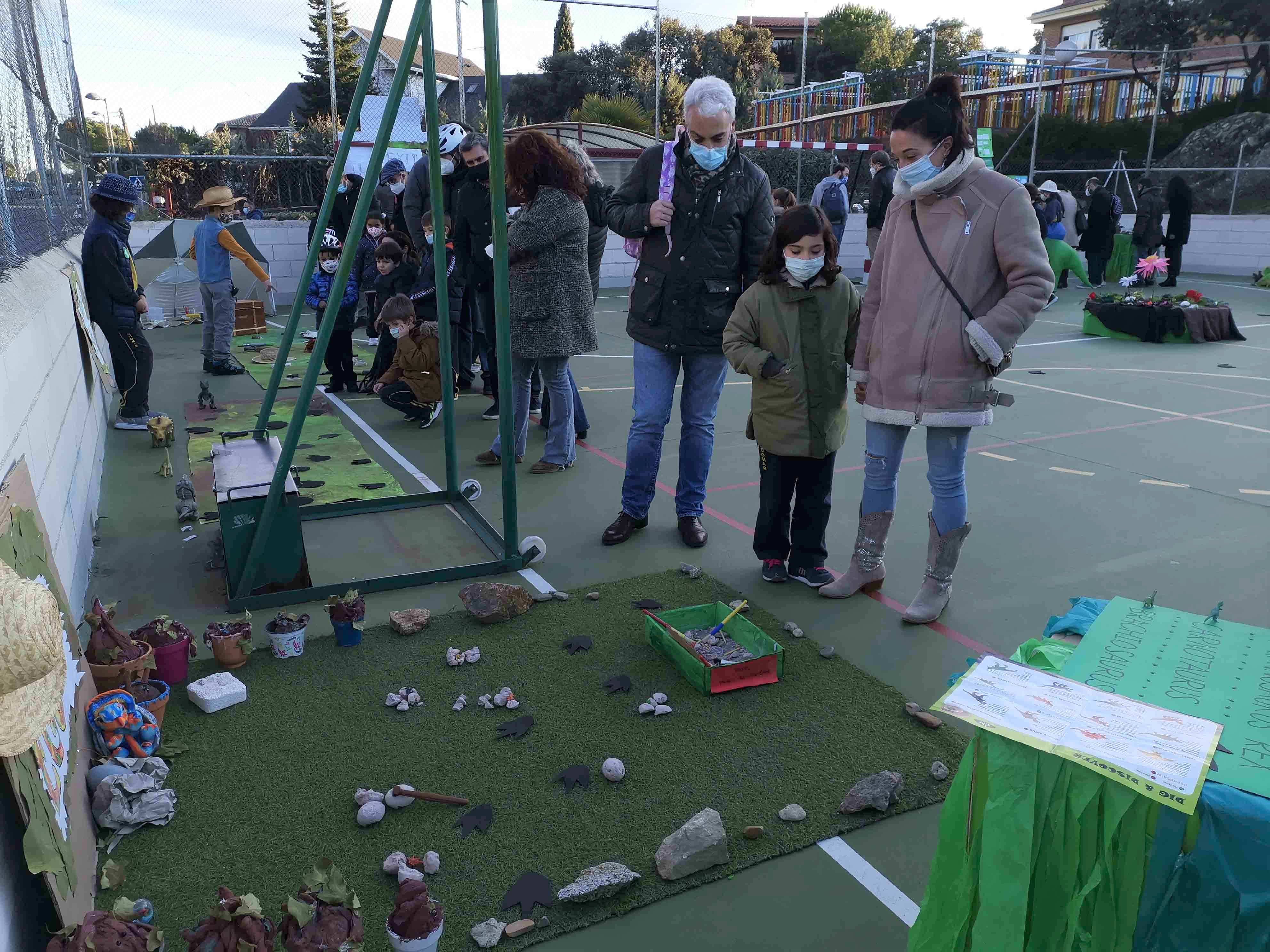 We hope to see you again at the next GONDOMAR SCIENCE EXPO!!